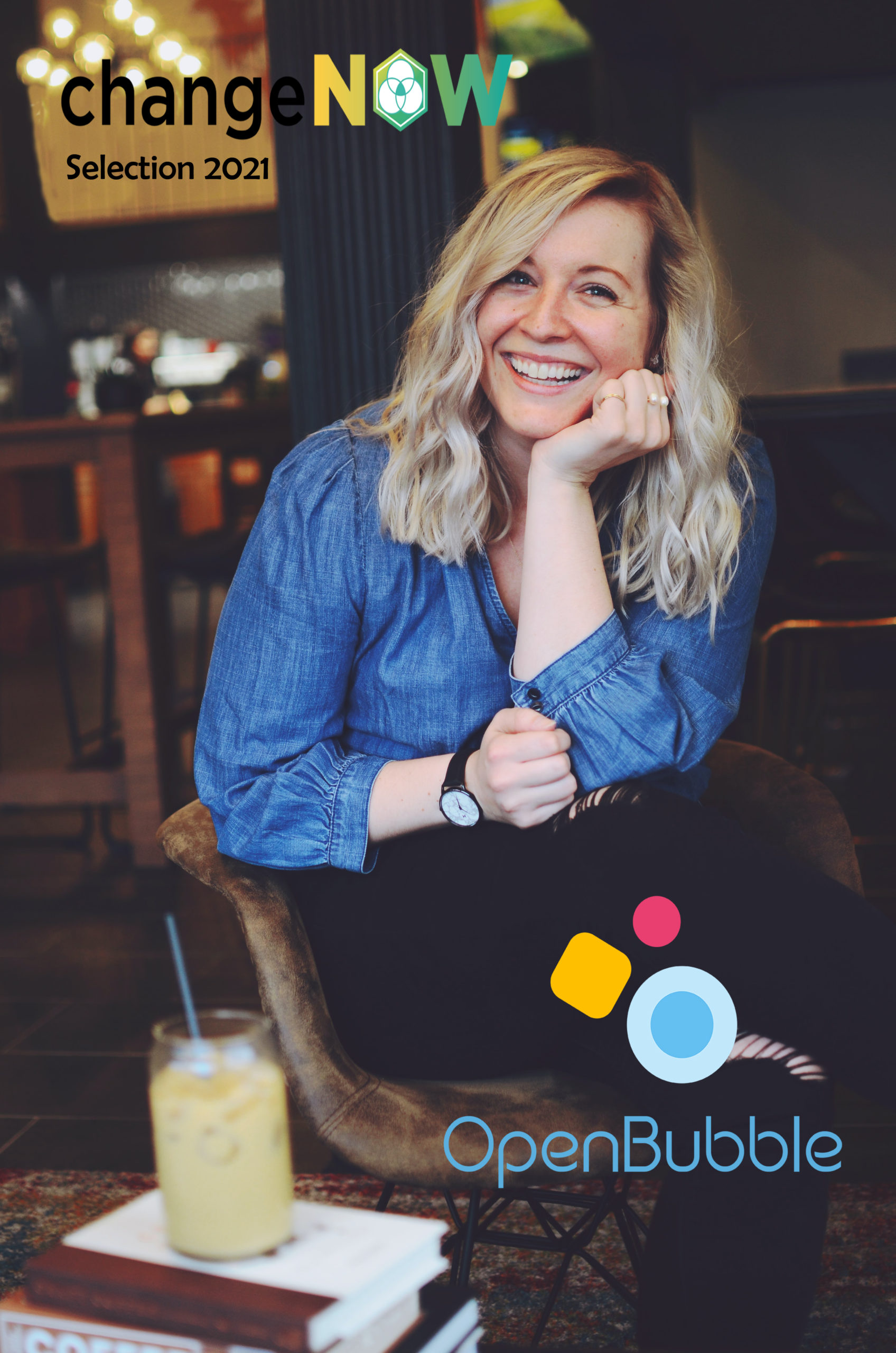 OpenBubble or the anti-application of dating par excellence. This is what its founder, Georges de La Ville-Baugé, says. OpenBubble wants to be “a spark” to create social links between two individuals and fight against isolation. A bubble open to the outside world, which is very welcome as loneliness is becoming more and more invasive in the current health context, where confinement is still the rhythm of many lives in France as well as elsewhere in the world, especially for the youth. Interview.

Feat-Y : What were the findings that led you to found OpenBubble?

Georges de La Ville-Baugé: I created OpenBubble from a personal experience. I was alone in a place I had chosen, in a small town in the south of France. I spent a week in this place, surrounded by complete strangers. In the middle of that week, I said to myself: “I would like to talk to people, but there is no way to do it simply, without expectations. There are dating sites, but there is no system that allows you to say, “I’m available to just chat, have a coffee. That was the very first spark that led to the creation of OpenBubble.

Then, as a former Chief Digital Officer of Ipsos, I had access to a lot of studies, numbers. At the end of 2017, I was looking at the figures for loneliness, for isolation. This affects all generations, almost half of the population feels lonely sometimes or more often. And since I felt I had the skills to launch this project, I did.

Feat-Y : Since the beginning of your company, how many people use the application and in what proportion does France represent for OpenBubble’s activity at the moment?

G.dLV-B: We have two aspects to what we do. First, there are individual users, about five thousand people worldwide. We are a company with a mission, we fight against loneliness and for the creation of social links, so that people from different cultural backgrounds talk to each other, listen to each other and understand each other. This part is free. Our way of earning money is to sell licenses to companies, universities, cities, so that they can distribute OpenBubble to their populations. And that’s tens of thousands of users. Today, OpenBubble is 90% in France and 10% abroad. OpenBubble is available in French and English in terms of interface. But it allows people who speak French, English, Spanish, German, Portuguese or Italian to talk to each other. That’s already a third of the world population.

Feat-Y : What has been the main feedback from users and what stories have you been able to collect?

G.dLV-B : We meet a very high expectation from our users. They immediately understood that we were different from a dating application because to connect on OpenBubble, there is no need to put a picture, no need to put a bio, what you like, what you don’t like. Like in the McDonald’s slogan, you come as you are. You just put a first name and that’s it. And you’ll meet someone you meet only with your first name. There are no selection criteria. It’s chance that will make these two people meet and from then on, they can live what they want. The idea is that they share a nice conversation, which can stay there or evolve into a friendship. They can work together. They can fall in love. That’s their story. We’re there to create the point of contact, the first spark.

One thing, for example, that confirms that our users understand that they are not on a dating app is that we have the same proportion of women as in the general population. We have 51% female users. A dating app that works very well with women is between 15 and 20%. Our users have understood this point very well. Afterwards, we have some stories, but we know almost nothing about what is said during the meetings, nor what happens afterwards. It’s all up to these two people. “It’s none of our business” as Les Inconnus used to say. We’ll know if there were great stories about OpenBubble indirectly, because someone will have talked about it on Twitter or elsewhere on the Internet. But we’re not going to look for what happens next. What we care about is that the meeting is nice, that the conversation is interesting, that both people have a good time. We check afterwards that the conversation went well, but we have no idea of the content of what was said between the two people.

Feat-Y : What makes OpenBubble different from the sentimental “dating apps” like Tinder, Happn or Bumble, to which you can be compared?

G.dLV-B : As soon as we say that we create meetings, this is what immediately comes to mind. The first major difference is that we don’t have a catalog of profiles, no selection criteria, no objective in the meeting. The second difference is that we make ourselves available at the same place, at the same time. There is a movement of openness towards the other which is not at all the one we have on dating applications. Our users give each other the gift of their time, talk and listen to each other, when they choose, where they are. The third and very important difference is the business model. A dating application’s main objective is to keep its users coming back. Otherwise, it loses its source of funding. Our funding is completely independent of the number of people who will meet. If we sell an OpenBubble license to a university, the price we charge depends on the total number of students. Whether a particular student uses OpenBubble zero times, once or a thousand times, it costs exactly the same. We operate on a closed budget. We don’t get paid by the number of matches, and our users are not pegged to the application, like you might be on a dating app.

Feat-Y : What ensures that private data will not be resold by OpenBubble?

G.dLV-B : This is a very important point! First of all, the RGPD law obliges us like any other European company. But beyond that, we are very serious about this subject. First of all, we know almost nothing about our users because when we register, we ask for a first name, we ask for a phone number to confirm that it is a real person. Eventually, an email. The languages that the person speaks and the person may or may not indicate their gender. That’s all we ask. We don’t even have the last name. So there’s very little information that goes in. There is absolutely nothing that comes out. That’s the law and that’s our commitment, which we’re very proud to keep. And in any case, if we didn’t keep it, it would quickly become known, our users would lose confidence and leave. That would be a very bad calculation on our part.

Feat-Y : What are the prospects for OpenBubble’s development in France and elsewhere in the world in the future? Are they slowed or accelerated by the current health context?

G.dLV-B : The big difference between a year ago and today is that until a year ago, when we went to explain what we were doing to people, whether they were companies or municipalities for example, they were mostly in denial. Loneliness is a scary thing. Either for oneself, or for one’s environment. Many people said to us: “It is very good what you are doing. I don’t need it personally or as a tool for my business, but I know lots of people who do. It’s great! Keep it up. A year later, we can no longer ignore the loneliness, the isolation. There have been a thousand stories in the media about how young people, especially students, feel very lonely, very isolated, in this period. OpenBubble is one part of the answer to that feeling of loneliness. It is one tool among others, but a tool that works. We have stats on it, we help people who want to communicate with others to do it simply, and to feel less lonely. Originally, OpenBubble was about meeting people over coffee, in real life. We have developed OpenBubble.online from April 2020, so that people can continue to talk to each other through the internet, still with the OpenBubble philosophy. We are looking forward, like the vast majority of people, to the bars and public places reopening. And then we will allow those who feel, a little bit, shy, those who feel introverted, to take part in this great party, which we will all play when we will be allowed to meet. And this, in France as well as everywhere in the world.