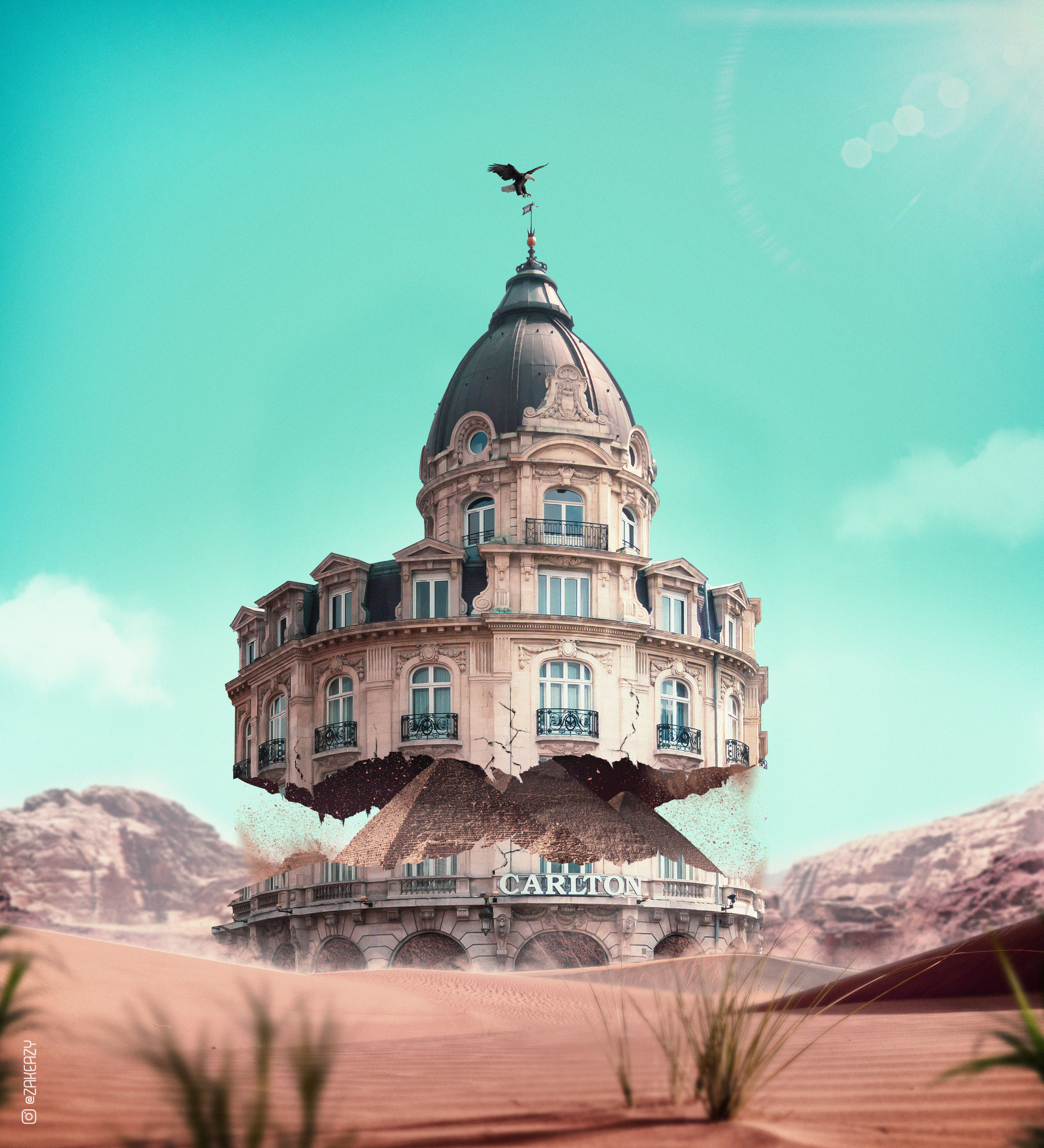 Zak easy, brings us a pause key in a sometimes harsh reality.

His illustrations take us into a chimerical world that each of us could have fantasized about. He unveils a nature that takes its place in every piece of urbanity.

Some see it as an apocalyptic world, others as an idyllic world. The most tangible is a balance between the two.

The creation of this sublimated world is however due to chance. He was headed for the profession of architect, which he tested without conviction. This test, however, allows him to learn about photoshop.

Chance comes in the form of creating a flyer for a friend. He realizes that’s his thing. He trains himself professionally in photoshop, in parallel with an art faculty.

Eventually, at the age of 24, he began to be recognized by his peers. He is a member of several graphic design communities. He has also started to collaborate with major brands

When asked where his inspiration comes from, he answers bluntly that it comes from the inexhaustible resources of nature. It is for him synonymous with life and its prism, the greatest art lies in nature. Digital art is his favorite medium to express the highlights of his life or his feelings, even if not always consciously.

Zak has a lot of projects in the works after this time break, which has been beneficial to him. Collaborations, exhibitions to come. For Feat-y, Zak eazy is one of those artistic favourites that exist only rarely. He is clearly the illustrator to follow.