Accueil - #Art - Lacoste, this small Vaucluse village that makes its way to the Caesars. 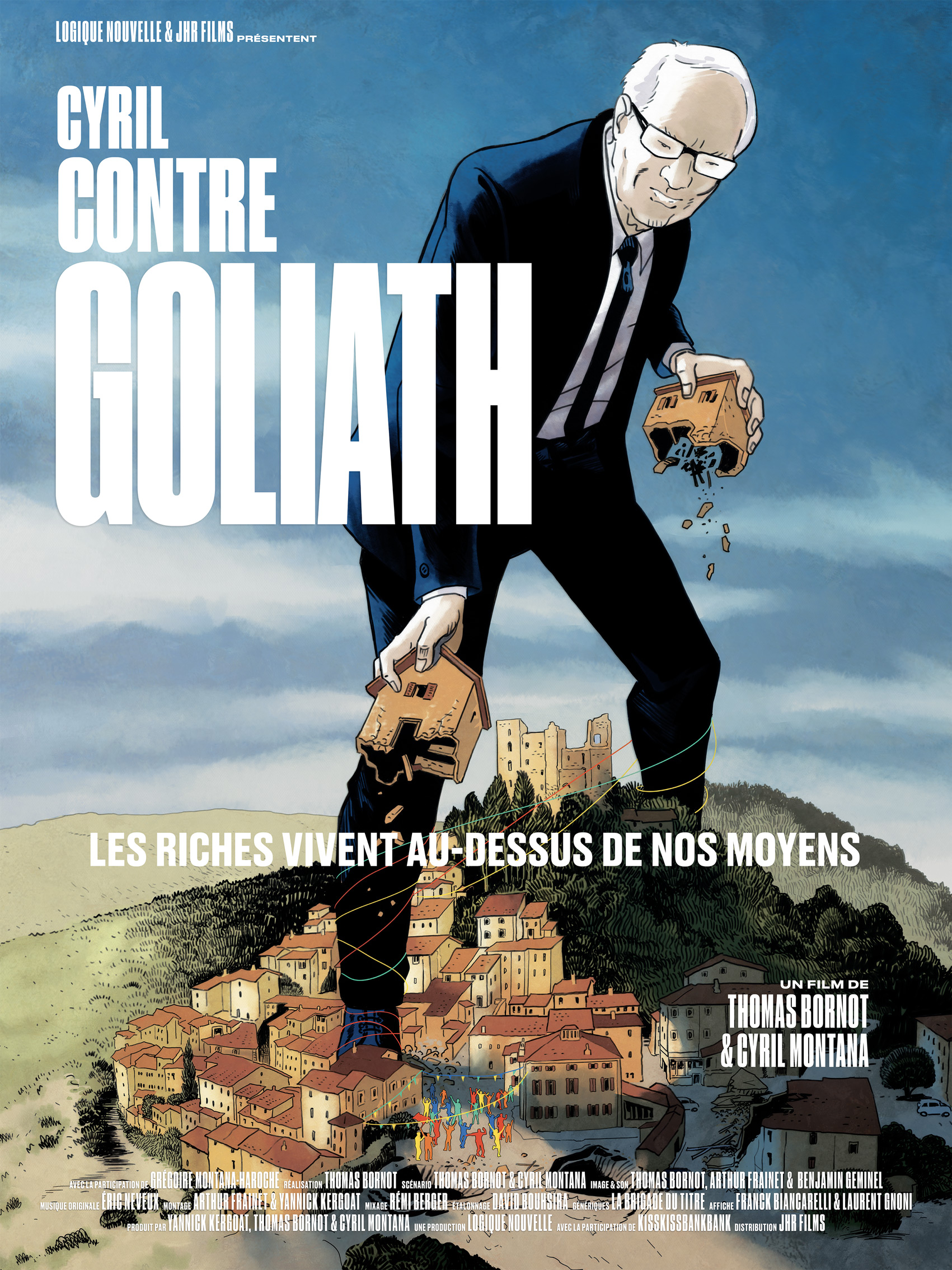 The Luberon is known in part for the song of its cicadas, its generous sunshine and its lavender fields as far as the eye can see. On the other hand, a few years ago, few imagined the arm wrestling between Pierre Cardin and the inhabitants of Lacoste, a medieval town of 400 souls. The writer and journalist Cyril Montana, the local child, wanted to tell in pictures the influence of the couturier on his childhood village. The goals: to alert the public, but also to preserve the heritage of Lacoste. Five years of work followed, a meeting with the producer and director Thomas Bornot and some forty screenings in 2020. Today, “Cyril contre Goliath” is a candidate for the César awards for best screenplay and best documentary.

It all began in 2001, when Pierre Cardin bought the castle from the Marquis de Sade to restore it. His generous act turned into real estate madness: as the years passed, he soon found himself the owner of about forty houses, a dozen stores and forty hectares of land. The problem is that he does nothing of it, except to exhibit his creations in stores left lit day and night. It is true that he is at the origin of the Lacoste Festival and created jobs for a while, but the local heritage is being privatized.

Tired of seeing Lacoste gradually transform itself into a ghost village, the novelist Cyril Montana, who lives in Paris, goes back there and takes up the pen to write a documentary about the situation and the fed up state of the inhabitants. Soon joined by director Thomas Bornot, they both complete the filming in 2018. At the time, they had neither a broadcaster nor a distributor. As for their production company, they were forced to part with it because of a lack of time to devote to their project. Nevertheless, they were lucky when a producer friend, Étienne Druilhe, suggested to Cyril Montana that he put them in touch with another producer in order to organize a screening of the film as is.

A welcome help. The 35,000 euros collected in 2015 thanks to a crowdfunding campaign were mainly used to produce and shoot the film. Cyril Montana and Thomas Bornot still need resources for post-production. And bingo! During the screening, the director, screenwriter and editor Yannick Kergoat (who works, among others, with Mathieu Kassovitz, Rachid Bouchareb, Costa-Gavras, and to whom we owe the documentary “The New Watchdogs”) has a crush on the documentary. He then agrees to help finance the post-production and take “Cyril contre Goliath” to the world of cinema.

“This battle has a small taste of victory. We are happy to live it together and to share it with others”.

Then comes the meeting with Jane Roger, film distributor (JHR Films). In fact, this is the second time she crosses paths with Cyril Montana and Thomas Bornot: they had already exchanged thanks to Luc Adam, their PR . “Étienne, Yannick and Jane all have a real interest in the subject of the film. Little by little, we’ve built up a film family that looks like us,” rejoices Cyril Montana.

Covid forces, the release of “Cyril against Goliath”, scheduled for April 2020, is postponed to September. It is time for the first recognition, with a selection at the Angoulême Festival. Between two confinements, Thomas Bornot and Cyril Montana begin a tour of a month and a half to present their work in about forty cinemas. “The film personally challenged the audience. Here and there, some spectators drew a parallel with a personality who bought a hill, another who had a golf course built, etc. “The film personally appealed to the public. ».

From now on, “Cyril contre Goliath” is aiming for the big leagues: the documentary is eligible for the 2021 César awards for best screenplay and best documentary. “It’s crazy to think that a self-produced, crowdfunding project is now an official film. Anyone can grab a camera and produce something today! “encourages Thomas Bornot. On February 9th, the two friends should find out whether or not their documentary will be among the five finalists. If so, they will then have the pleasure of seeing it in competition on March 12, the date of the ceremony.

Following the death of Pierre Cardin on December 29, 2020, the village of Lacoste is still in uncertainty. If the heirs of the couturier seem more willing to make the acquired property accessible, the time has nevertheless come for caution. For Cyril Montana and Thomas Bornot, “Cyril vs. Goliath” is only a first step to make oneself heard; for Lacoste, but also for all the regions of the world where the situation resembles that of the Lacostois. “This battle has a small taste of victory. We are happy to live it together and to share it with others,” admits Cyril Montana.

The adventure won’t stop anytime soon. Thomas Bornot and Cyril Montana have already taken part in a first event in 2020, “Ici c’est Lacoste”, which they hope to see continue in the future. This cultural reappropriation by the public is an opportunity to recall the rich heritage of the village: the Surrealists, the legacy of Sade, etc.

To discover the cultural event “Here is Lacoste” : https://icicestlacoste.fr/