Accueil - #Epicurism - The Montchat microbrewery, the pleasure of (re)discovering beer together 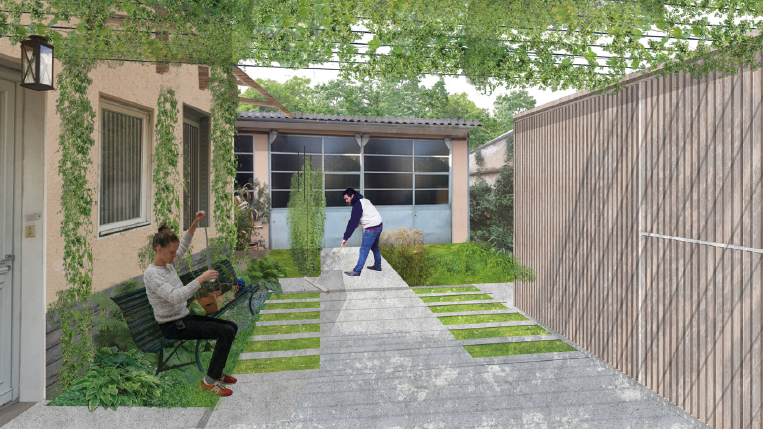 Consuming locally is more relevant than ever. In Lyon, a brewer wants to create a neighborhood microbrewery: the Montchat microbrewery. For more than a year, Christian Goineau has already been brewing a first range of 6 beers, in batches of 30 liters. Today, he plans to develop his offer by converting his shed into a brewery. The program has several objectives: to foster social ties, create a place of learning, and promote the most ecological and local production possible. Moreover, Christian Goineau hopes to later obtain the label “Lyon, fair and sustainable city”. At the time of writing, his fundraising campaign has reached nearly €10,000.

Feat-Y: Why open a microbrewery?

Christian Goineau: I was already an amateur brewer, just for fun! I wanted to open a microbrewery in 2018, but I didn’t have the opportunity yet. After an economic layoff, in June 2019 I took a 120-hour brewer’s training course at the IFBM in Nancy. Afterwards, I was able to count on the Lyon Chamber of Trades and Crafts to launch my project.

Feat-Y: The adventure began with a second-hand brewery. How did you find it?

C.G.: Thanks to my father-in-law! He had seen on social networks that the Grenoble bar “Une petite mousse” was selling its brewing room. So, I got back a second-hand equipment which allowed me to lower the overall cost of my project and to facilitate the obtaining of the loan.

Feat-Y: The local aspect occupies a very large part of this project. In fact, the name of the microbrewery and the beers is directly inspired by your location, between the Montchat and Monplaisir neighborhood.

C.G.: Yes, I want to create a neighbourhood brewery, like the ones that existed before the First World War. This choice is also explained by my search for authenticity. In my opinion, to be in such a job is above all to have a place in society and a particular impact on people’s lives.

Feat-Y: How is this brewery environmentally friendly?

C.G.: The microbrewery will consume as little energy as possible. The fermenters and the cold room are insulated, and the roof has been redone with 30 centimetres of cellulose wadding, so as not to overheat in the summer and obtain a constant temperature in the winter. In addition, everything is designed to be able to reuse rainwater in the process! We also plan to benefit from solar energy thanks to photovoltaic panels. Finally, a little later, I want to recover energy from the cold units. Translated with www.DeepL.com/Translator (free version)

Feat-Y: Where do the raw materials come from?

C.G. : The raw materials of this range are made in France. Their very good quality is essential for the taste and the holding of the foam. The objective of the microbrewery is to be supplied from geographically close production sites, as with La Houblonnerie, an Alsatian cooperative that offers organic hops. As for the malt, it too is organic. I’m going to work with “À vos malts”, a malting company that has just opened in Romans-sur-Isère. It was created at the instigation of Jean Girardeau, who developed a specific brewing technique after following training courses around the world. Translated with www.DeepL.com/Translator (free version)

Feat-Y: Every beer that has been developed so far has its own specificity. How did you manage to find food/beer combinations?

C.G.: I was inspired by books, notably the book Lessaveurs gastronomiques de la bière, by David Lévesque and Martin Thibault. I was also advised to use different websites to make beer/cheese combinations. I have also organized tastings with friends, and since March 2020, I am in the testing phase. This has allowed me to reproduce my beers at least five times, in order to refine the product by adding a little more cereals, or by working with different hops, etc. Previously, I didn’t have any French hops. This is now the case, so I have been able to readjust my recipes.

Feat-Y: What about packaging?

C.G.: It will be made thanks to stainless steel barrels, designed by the manufacturer Maison Neuve, in Normandy. The manufacture of the bottles in 33 cl and 75 cl is French. They come from Rebooteille, a bottle recycling company, which gives me a particular shape of bottles. I was also advised to work with a printer using bottles with a special shell. The objective being to provide labels that are easily removable underwater. Eventually, the bottles will be returnable. What’s more, one-liter growlers are available at the brewery: these are reusable bottles purchased by customers. This makes it possible to obtain beer ‘in bulk’, since these containers are filled directly on site, by a counterpressure system. The bottle is filled with CO2 and beer and then encapsulated without coming into contact with oxygen: in this way the beer is not altered or oxidized, and can be stored for 45 days.

Feat-Y: In addition to the marketing of beers, this place will also offer an educational brewing workshop from September 2021. Can you tell us more about it?

C.G.: It will take place once a month, on Saturday afternoon! Visitors (two teams of three people) will be invited to ask themselves what style of beer they would like to design: they will be able to choose from about fifteen beers. First of all, a small screen will explain to them the steps of the brewing process. Professional fermenters can be used to produce different types of beer, especially if they have to work at very low temperatures. The objective of this workshop will be to present the different grains according to the types of beers! A beer/cheese tasting will be carried out during the boiling phase of the beers. The beers will then be fermented, and two months later, the participants will be able to come and collect their beers, already bottled and labelled.

Feat-Y: Are you planning any other animations?

C.G.: Yes, ancillary activities will begin in July 2021. There will be a tour of the brewery, a discovery of the raw materials growing around this place (hops, barley, wheat, oats and rye), then a tasting. This appointment will be organized once a month, again on Saturdays in the late afternoon. In addition, fun tasting kits will be available on the website. Once picked up at the brewery, just follow the instructions provided to discover the beer/cheese pairings. This kit will contain a small scoring support, so that people can write down what they feel in terms of taste or smell. At the end of the tasting, they will be able to compare their answers with a card listing all the information on the beers ordered.

To access the Zeste page of this project : https://www.zeste.coop/fr/microbrasserie-de-montchat